Deploying an application has traditionally been one of the most painful dangerous parts of software development. Every aging grizzled software developer has a story of an entire weekend being spent dealing with a painful deployment because something didn’t go exactly right. Octopus Deploy is a deployment automation tool that seeks to solve that problem. One of the core technologies used under the covers is PowerShell.

In this talk, I’ll do a quick run-through of what Octopus Deploy is, and how it works, before drilling into where Powershell enters the picture. We’ll start adding some Powershell to our deployment process, along the way looking at conventions used in Octopus, as well as script steps, step templates, and script modules. I’ll also show you how Octopus can use Powershell outside the context of a deployment, with the script console and customized health checks. Finally, I’ll touch on Powershell DSC to start turning the DevOps to eleven. 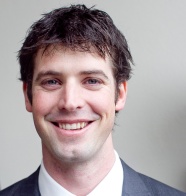 Damian is a Microsoft MVP in Visual Studio and Development Technologies and a Solution Architect for Octopus Deploy recently moved from Brisbane, Australia to Toronto, Canada. He is a book and Pluralsight author, and he regularly speaks at conferences, User Groups, and other events around the world.

Damian spends a lot of time training development teams on how to deliver their software better, be it through improving their agile process, code quality, or DevOps strategy. Most of the time you’ll find him working on Octopus Deploy or helping teams use it better.

All there has been a fair amount of work that has gone into getting speakers this year for each month.  So here is a list of who’s on Deck to speak at Arizona PowerShell Users group for this year. Speakers that have already spoken are included as well. This is the planned calendar so far and is subject to change.

We look forward to seeing you there.

You can see some of the video’s we’ve recorded of sessions past: